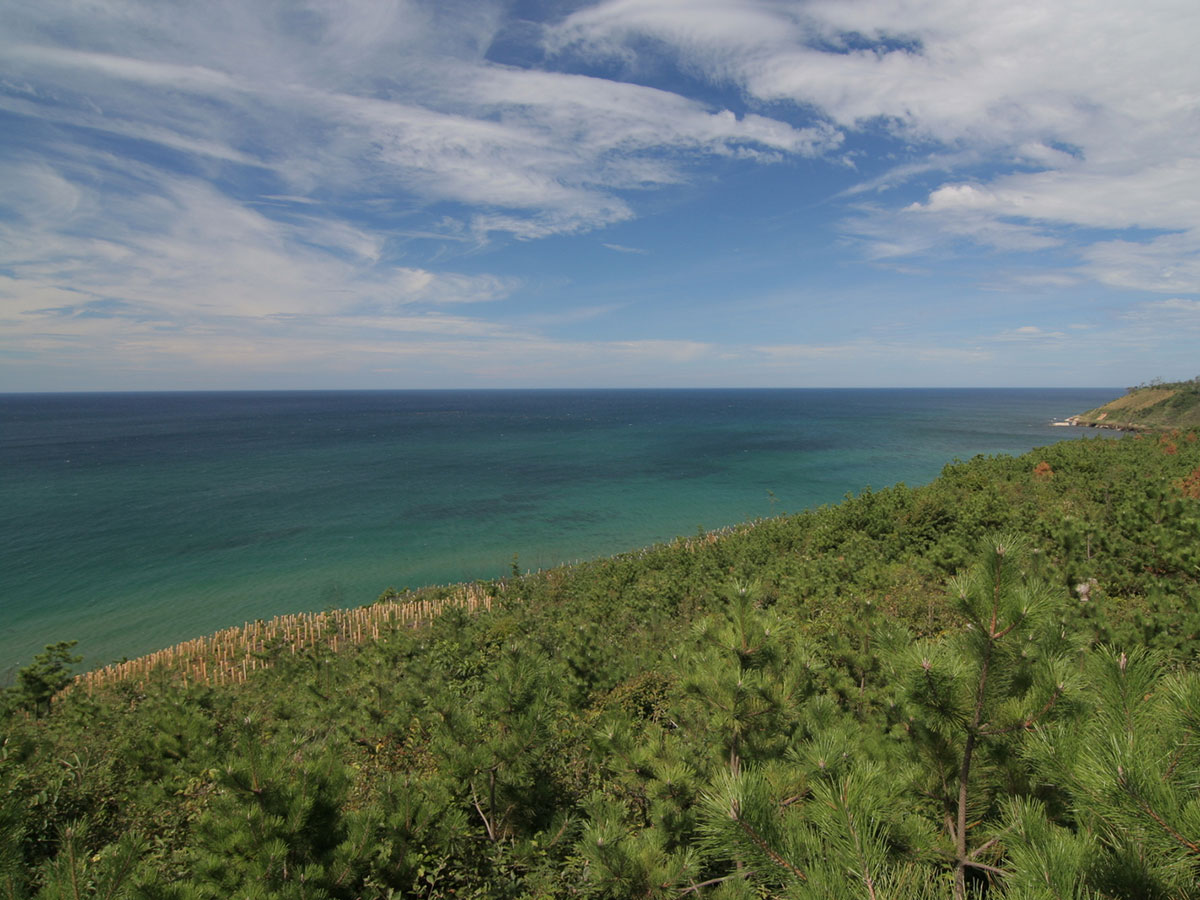 Hashitate Port, located at the southern end of Ishikawa Prefecture, is known as one of the leading fishing ports in the prefecture, and hundreds of types of seafood can be caught throughout the four seasons, such as snow crab and sweet shrimp.
In the village where the shipowners and sailors of the Kitamaebune ships lived, the shipowner's residences with red tile roofs still remain to provide an enjoyable walking area. You can also enjoy the natural splendor such as the sea cliffs carved by the rough waters of the Sea of Japan and pine forests along a nature trail that runs 4 kilometers from the Kasa no Misaki (Cape Kasa).

The Hashitate is not just a port town but is a village of ship owners for the “Kitamaebune” commercial vessels that linked Hokkaido to Osaka from the middle of the Edo period to the late-Meiji period (about the year 1900). It was once considered the wealthiest village in Japan.
The magnificent residences that are also found in the Important Preservation District for Groups of Traditional Buildings are very much worth visiting.